how I upgraded to rails 6 using gitenvs

the goal was to upgrade a production app from rails 4 to rails 6 in phases, slowing taking over workers and endpoints. this meant i had rails 4 and rails 6 in production in parallel. in a perfect world, the master branch would freeze, you could take your time deploying rails 6, and everything is hunky dory. too bad we don't live in the real world, and the master branch is always moving, regardless on how much you plan for it. 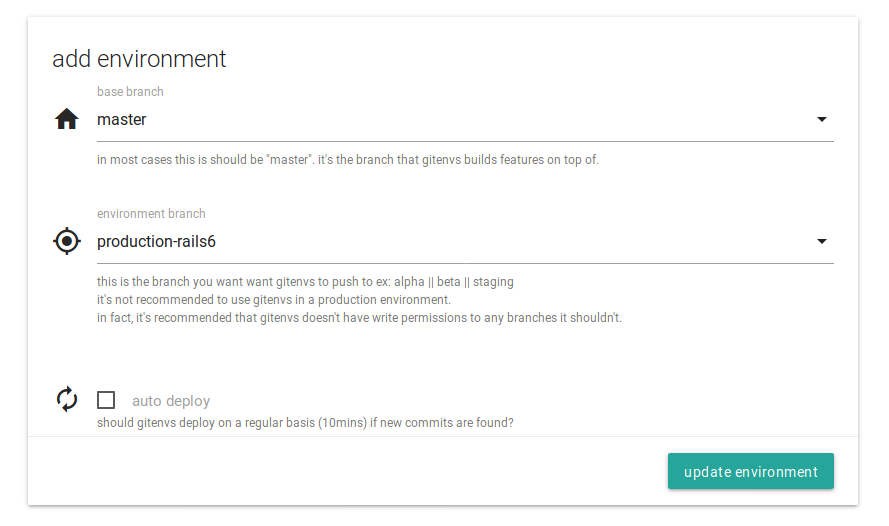 i added two branches to the environment, which were rails6.0-stable and rails6.0-config.

the screenshot above was created by using the slack integration, and inputting the command /gitenvs status production-rails6

once the branch production-rails6 was built, the ci (bitbucket pipelines) ran the specs, and deployed the code